3 In Life at Home

The Birthday Rug and the Toljabee 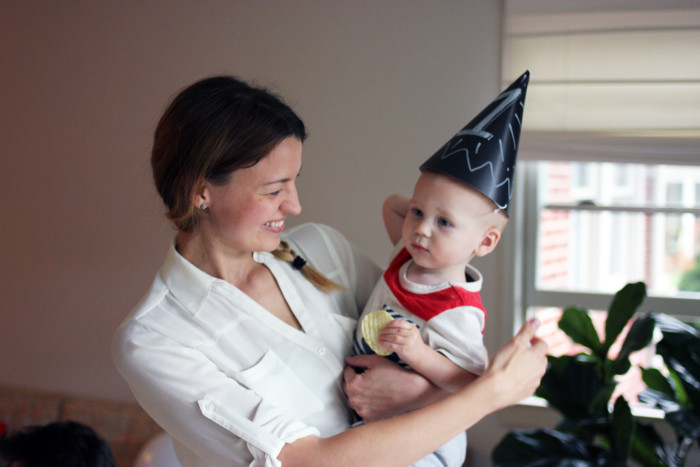 As summer ends, so does my little baby’s sweet first year. Jack has just turned one!

With half of our house under construction, I had considered having his party elsewhere. But in the end I knew I wanted to make that memory at home, despite the chaos. I believe that the walls of a home retain the memories of the past, and I wanted my home to know the memory of Jack’s first birthday. So on September 18, we celebrated our prince. 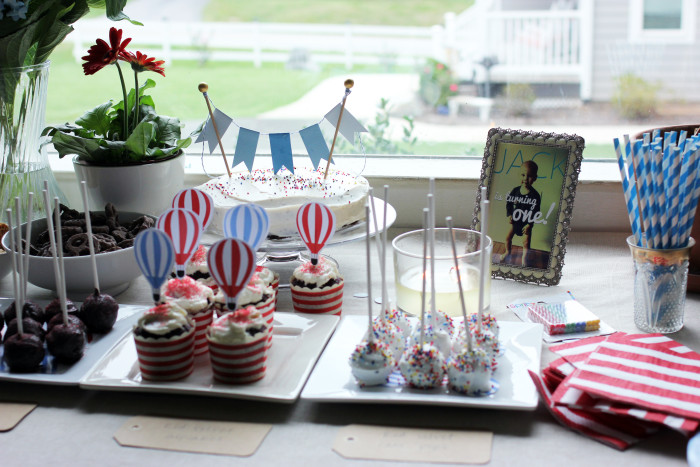 In the days before his birthday I would watch early videos of Jack to see how much he’d grown in the last 12 months. While I watched the ones where he was just a few days old, all uncoordinated and cross-eyed, I realized just how foggy our memories are. Was that really my Jack? He was so tiny and so different from the walking, outgoing boy he is now. Why is it that so much of our past is forgotten or hazy?

I think that’s why traditions are important. As we live our lives, the past quickly leaves us. We hold onto little fragments of memories, sweet moments that make us smile, but most of the past slips away, perhaps hidden deep in our minds. Traditions help to link us back to our forgotten past and keep us connected to the memories of our family, because otherwise we just forget.

It wasn’t until recently, as Jack has started to say his first words, that I have begun to think about what I want to teach him, and what traditions I want to raise him with, new and old. I know I want to pass down many of the traditions that I grew up with, but I also want to start new ones with our family.

So, for Jack’s birthday, we incorporated a few different traditions, some from our families, and some traditional (like singing “Happy Birthday” and then having Jack smash his cake). But we also started one of our own. We are calling it The Birthday Rug.

It’s a wool shag rug that I have, currently in Jack’s room. 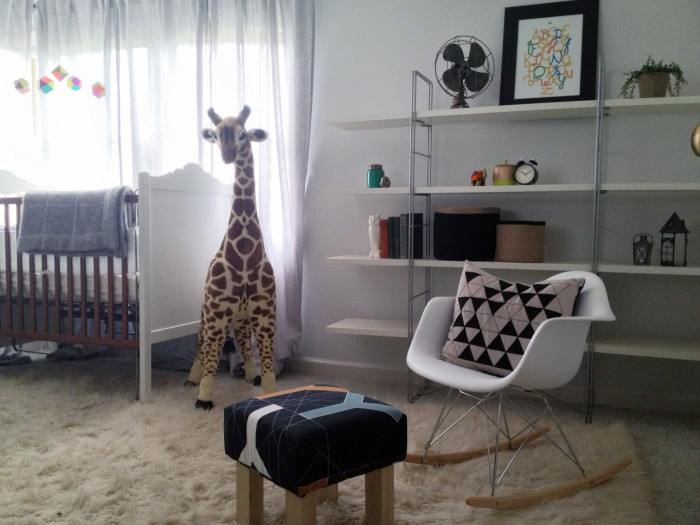 I got this rug in 2005. That was the year that Jaga forgot my birthday. (Gasp, I know!) I won’t share the whole story of that day here, but it was actually pretty funny, especially with all the hints I kept dropping. But anyways, he made up for it later. Not with flowers or jewelry or chocolate though, because he knows me well. Instead he went to an antique store and bought me this big, old, kind of dirty, 100% grecian wool shag rug. It’s awesome.

That unmemorable birthday became a memorable one, and I decided to turn that memory into a tradition. I thought it would be fun for the rug to be a place for even more memories. So, my thought is that on birthdays in our family, this is where we’ll gather to open gifts, or play games, or just hang out (whoever’s birthday it is can choose what they want to do on the rug).

So, with hopes that this will become a tradition, we moved Jack’s party to his room, sat on the rug, and opened his gifts. 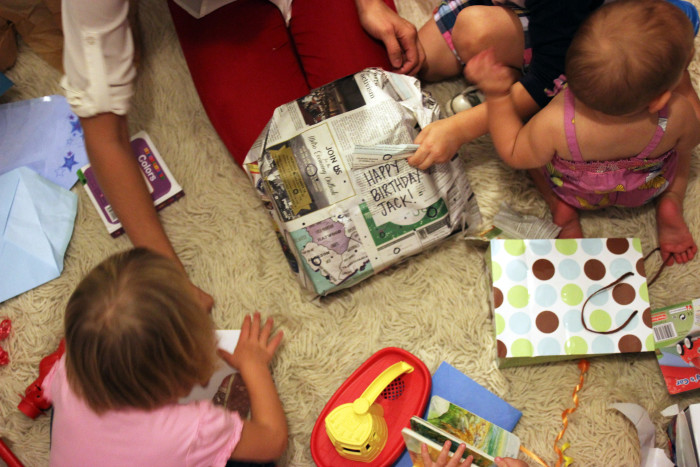 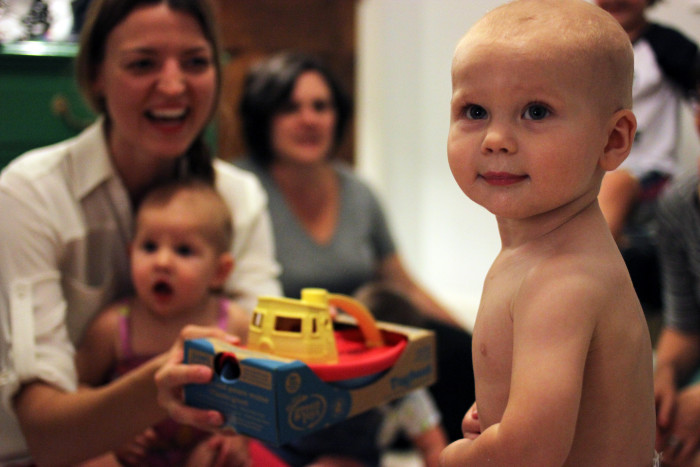 If you’re wondering why he’s shirtless, it’s because his shirt was completely covered in cake and frosting!

After the gift opening, we did the Toljabee, a tradition that’s been around for hundreds of years I think. My sister-in-law told me about this Korean celebration, traditionally held on a child’s first birthday. Objects are placed before the child on a table, and the child picks up the ones that attract him or her. The chosen objects are said to forecast their future. We thought it would be fun to do with Jack. Here are the objects we decided to use: 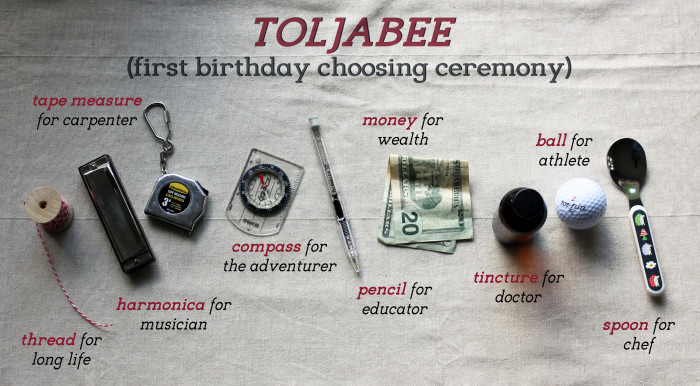 You can get creative with the objects you lay out. Traditionally a knife would represent the culinary arts, but I thought a spoon would be safer! We added a tape measure for carpenter (like Daddy), and some other objects we thought would be fun. It’s hard to make out in the picture, but the tincture is a bottle of herbal medicine. We also thought about a paint brush for artist or a computer mouse for technology, but that was getting to be too many objects.

We gave him two opportunities to approach the table and pick up an object. He chose one the first time, and picked up two others the second time. 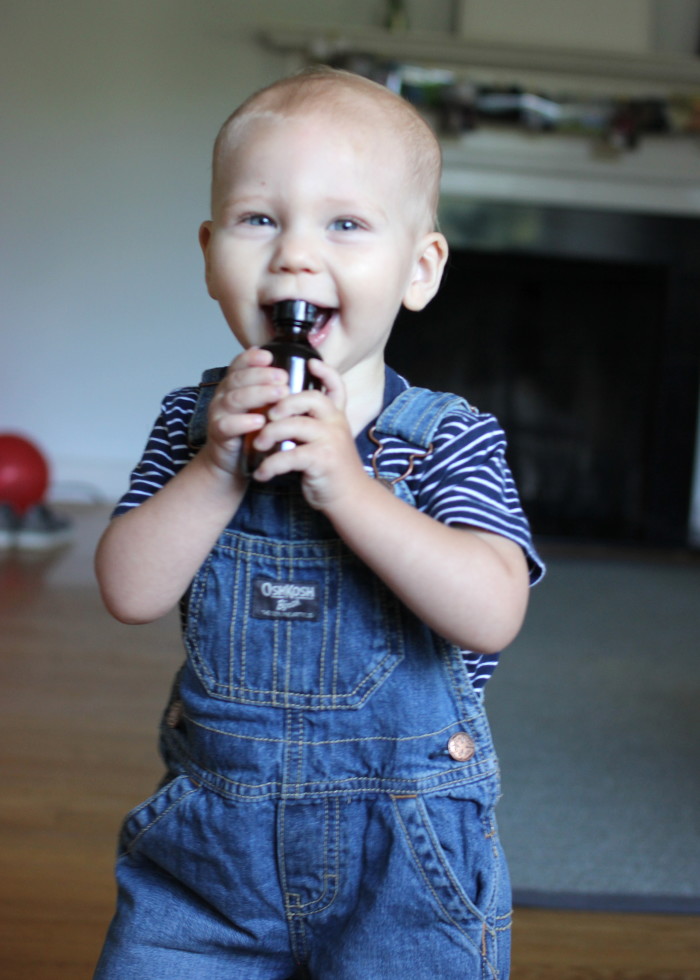 In the first round, he chose the tincture bottle. He went straight for it, without even looking at anything else. But, then of course, he’s obsessed with bottles! I should have known. So then we did round two.

The second time was interesting because he spent more time scanning the selection, as if he was carefully thinking about it. He then picked up two items. The tape measure and the compass. It seems he will also be following in his daddy’s footsteps as a carpenter and an outdoor adventurer. Good choices Jack!

Do you have any fun birthday traditions in your family?

Photo Shoot with down etc.